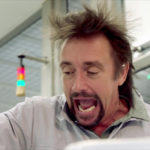 Discovery Channel UK shared some short preview of Richard Hammond´s BIG. Car Painting In this first preview we can see Hammond inside the Volkswagen factory in Wolfsburg in Germany.where he shows how the Volkswagens are being painted. Also he explains how the painting proces works. The Volkswagen plant has the ... END_OF_DOCUMENT_TOKEN_TO_BE_REPLACED

Our Man in Japan, BIG and I Bought the Farm 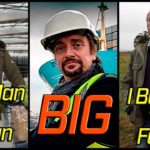 In 2020 the three presenters will all go solo with several projects. Our Man in Japan.. James May On 3 january we can see Our Man in Japan with James May. Earlier this year James went to Japan recording for three months trying to learn more and to understand the ... END_OF_DOCUMENT_TOKEN_TO_BE_REPLACED 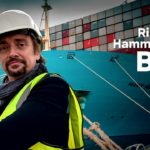 As we revealed earlier Richard Hammond´s BIG starts on 15 january on Discovery. In a new trailer we can see several places where Richard has been for this show. We´ve seen the last year pictures of Hammond in the U.S.A., Germany, The Netherlands, Dubai U.K, and many more places. He ... END_OF_DOCUMENT_TOKEN_TO_BE_REPLACED 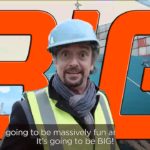 The Grand Tour NEWS August 2019 – How James May was nearly killed. 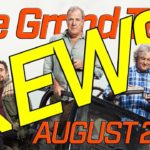 Let´s go to The Grand Tour news first. As we showed you in earlier videos on our channel The Grand Tour Trio Clarkson, Hammond and May were filming in Cambodia and Vietnam. But suddenly things stopped. They weren´t moving forward as we expected but suddenly the trio was back in ... END_OF_DOCUMENT_TOKEN_TO_BE_REPLACED